By: momentsdippedinink
In: Suspense/Mystery
With: 0 Comments

Who can he trust?

Ben Taylor, widower and father of four lively children, enjoys his easy, uncomplicated life. He likes his work and has a competent nanny to manage his household. Everything is good until he decides to seek out his biological parents and discovers a family tree with tangled roots and broken branches.

His comfortable life crumbles when he gets caught up in a criminal network of fraud and conspiracy at his new job. When Ben is forced into a dangerous alliance, he scrambles to find a safe situation and protection for his children before setting out to clear his name—all without getting himself killed in the process.

A nanny with a past…

Becoming a nanny was the perfect solution when Teresa Cooper needed a place to hide ten years ago, but now that she’s no longer in danger, she’s ready to move on and make a new life for herself. When Ben asks her to take the children to an unknown relative in the Upper Peninsula of Michigan, she finds herself in hiding again, this time with four children in tow.

As the children explore the wilderness of the Upper Peninsula, Teresa begins to wonder about God’s plan for her future. Who is this stranger Ben trusts with his children? Why here? Can a city-bred nanny find joy in this wild corner of God’s creation? 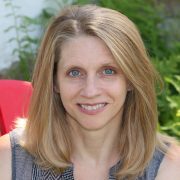 Cathe Swanson lives in Wisconsin with her husband of 32 years. They enjoy spending time with their family and being outdoors, kayaking, hiking, birdwatching and fishing, but summer is short in Wisconsin, so it’s important to have indoor hobbies, too. Cathe has been a quilter and teacher of quiltmaking for over 25 years, and she enjoys just about any kind of creative work, especially those involving fiber or paper. She enjoys writing stories with eccentric characters of all ages. Her books will make you laugh and make you cry – and then make you laugh again.

My first thought amounts to this: Baggage Claim – not a cookie cutter book. Cathe spun a story with suspense, romance, and intrigue that kept me on the edge of my seat. Although the book had a slow start, the children endear you to them and make you laugh. I thought all the characters were lovable (well, except for the bad guys). From irresponsible, fun-loving Ben and secretive Teresa to four crazy kiddos and one mystery man Jonah, you’re gently tugged into their life. And you never want to leave. The reality that we all have baggage is woven through the story from beginning to end.

To be honest, this isn’t normally my kind of book, but that didn’t matter. The unexpected ending left me satisfied, but wanting more. From the first pages to the end, I wasn’t sure how all the problems would be sorted out, but she wrapped them up in a unique way. I highly recommend this book.

I was given a complimentary copy of this book in exchange for an honest review. All opinions are my own. I give this book a four-star rating.

When I was in high school, I thought I might like to become an occupational therapist. Instead, I got married, had babies, raised the children and launched them into the world. I took a few years to regroup, and then I started thinking about what I wanted to do with the rest of my life.

Shortly after that, my dad had a stroke, and when he came home from the hospital, I was fascinated by the work of the visiting therapists. I did some research and learned that physical and occupational therapy assistants make pretty good money and are able to do the best part of the job – the therapy. Therapists are often bogged down in paperwork and periodic assessments. The assistant has all the fun, and it’s just a 5-semester program.

So I trotted on down to the local community college and asked what I had to do to get signed up. The counsellor talked for a while about prerequisites, petitions, waiting lists, internships, and other such things. Eventually I realized she was trying to tell me that I was too old to embark on this career. Too taken-aback to be offended, I went home and wrote a book about it instead. After all, I’d invested a lot of time in research.

I’d been writing stories for years, and already had the bones of Baggage Claim. Once I gave my young hero a job as a physical therapy assistant, the story took on life. My mother’s interest in genealogy had sparked a question: What if a nice, normal person wanted to track down their biological family and it blew up in their face? So that’s where I sent my hero, and as one of my reviewers said, “It was not a Hallmark moment.”

I’m very happy as an author and have no real interest in becoming an occupational therapist. Indeed, that rejection was a turning point for me. I could have pushed forward and got that degree, but instead I went home and wrote. I have no regrets.