By: momentsdippedinink
In: Contemporary Romance
With: 5 Comments

Chocolate chip cookies are the perfect way to make friends. At least, Mark Daniels thinks they are. He hopes to forget his painful past and start over in new neighborhood. Everyone is warm and welcoming—everyone that is, but the dragon lady next door. She rebuffs all overtures of friendship and declines Mark’s invitations to church.

Jasmine Avery doesn’t trust men, especially not handsome ones who come bearing gifts. She’s been badly hurt and has walled herself off from love. Reluctantly, she agrees to attend church with Mark on Easter Sunday, not realizing how it will change her life and her future. But soon after she discovers the secret to a happy life, her whole world turns upside-down. Will these unexpected changes prove Mark can’t be trusted either? Or can she and Mark overcome their past heartbreaks to forge a new life together? 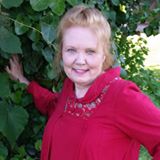 Inspirational author Rachel J. Good writes life-changing, heart-tugging novels of faith, hope, and forgiveness.She is also the author of the Sisters & FriendsAmish series and the Amish Quilts Coloring Book. A former teacher and librarian, she has more than 2300 articles and 30 books in print or forthcoming under several pen names. Rachel also juggles freelance editing and illustration careers. She loves reading (of course!), traveling, and spending time with her five children and three grandchildren.

Angels Unaware was a beautiful story of forgiveness and the purpose of Christ’s death on the cross. I enjoyed learning about the difficult pasts of the main characters Mark and Jasmine. They were both realistic people with believable flaws. However, I had trouble relating with Jasmine. The book is set in Mark’s point-of-view. In doing so, I think we lost a chance to relate to Jasmine. She is not a likable character which in turn made her dramatic transformation unbelievable. I wanted to know more about what was going on in her mind, how she viewed Mark, and why the message of the cross changed her.

There was a lack of chemistry between the characters that could have been remedied with more description of facial expressions, body language, and appearance.  The relationship moved fast and I had a hard time understanding how they went from dislike to love. By the end, there were many unanswered questions and unsolved subplots.This book did have invaluable lessons reminding you to look deeper beyond your first impression, for there is often more to a person than what they first appear to be.

I would give this book three out of five stars. I was given a complimentary copy of this book in exchange for an honest review. All thoughts are my own.

One of the important lessons in ANGELS UNAWARE is looking beyond the surface, seeing with new eyes. In the story, Mark has many opportunities to do this. When he first approaches Jasmine with a plate of chocolate chip cookies, she’s unwelcoming and prickly:

The door opened a crack. “What do you think you’re doing?”

Mark turned. The woman’s narrowed eyes and belligerent stance made him quake. He took a step back. “I…um…here…” He held out the plate of cookies.

Mark took a deep breath and regained his composure. He smiled and started his usual spiel. “Hi, I’m Mark Daniels, and I just moved into the neighborhood—”

“I know.” She didn’t sound too pleased. “That’s not what I asked. What’s that in your hands?”

“Do you know what sugar does to your system?” she demanded. “I never touch sugar.”

That explained why she was so thin. So much for cookies then. Mark wracked his brain for another offering. “A meal perhaps? I make great spaghetti and meatballs.”

She drew back. “A meat eater? It figures.”

Oh, terrific. Mark cringed at the acid in her tone. He’d just offered a meat dish to a vegetarian. So much for his diplomacy mission.

After a start like that, many people would have given up. But Mark feels led to share God’s love with this neighbor, and he tries again and again. Eventually he discovers she’s hiding some deep personal pain. His persistence brings unexpected rewards to both of them.

I wanted to write this story because we usually avoid people who criticize us or hurt our feelings. Yet, often those who are unkind are actually aching inside. And they need God’s unconditional love and forgiveness, because only God can heal their pain and suffering.

After God touches Jasmine’s heart, Mark can see her softer, kinder side. And she’s proof of that saying, “An angel resides in every heart.”

Could your grouchy neighbor or critical boss be an angel in disguise? Maybe these annoying people have been sent into our lives to help build our character or to teach us a lesson. The Bible warns us to be hospitable to everyone, because we never know when we’ll come upon an angel “unawares.”

“Be not forgetful to entertain strangers: for thereby some have entertained angels unawares.” Heb. 13:2 KJV

Each person you meet has been sent into your life for a reason. Sometimes these angels come into our lives in unlikely disguises. We don’t always realize their purpose until much later. Looking back, though, we can see God’s hand in the encounters.

Other times, we discover – like Mark did – that we’re supposed to be angels to those who are unkind to us. We may be the only ones who have ever touched their lives with God’s light.

Who in your life needs God’s love? Can you be an angel to that person?